Leading businesses, NGOs and governments from across the plastic supply chain and the region unite behind 2025 targets to eliminate plastic packaging waste.

The ANZPAC Plastics Pact (ANZPAC) has launched in the Australia, New Zealand and Pacific Islands region, uniting businesses, NGOs and governments behind a series of ambitious 2025 Targets to eliminate plastic waste. ANZPAC joins the Ellen MacArthur Foundation’s global Plastics Pact Network, a globally aligned response to plastic waste and pollution that unites over 550 member organisations behind the shared vision of a circular economy for plastic, where it never becomes waste or pollution. Plastic pollution is one of the most pressing environmental issues facing the planet. By 2040, if we fail to act, the volume of plastic on the market will double, the annual volume of plastic entering the ocean will almost triple, and ocean plastic stocks will quadruple. The ambitious new cross-regional program will work to fundamentally transform our response to plastic by eliminating the plastics we don’t need, innovating to ensure that the plastics we do need are reusable, recyclable, or compostable, and circulating the plastic we use, keeping it in the economy and out of the environment. The ANZPAC Plastics Pact represents the complete plastics supply chain, from leading brands, packaging manufacturers and retailers to resource recovery leaders, government institutions, and NGOs.

ANZPAC founding Members and Supporters celebrated the program’s official launch at the Australian National Maritime Museum in Sydney on Tuesday 18th May. On the same day the founding members in Vanuatu held an event at the Bistro at Chantilly’s. The Vanuatu businesses that are founding members of ANZPAC and showing their commitment to tackling the plastic packaging problem are: Vanuatu Beverages Ltd, Vanuatu Brewing Ltd and RecycleCorp. The organisations which have signed up as ANZPAC supporters are Vanuatu Environmental Science Society (VESS) and the Vanuatu Recyclers and Waste Management Association (VRWMA).

ANZPAC Members will work towards four clear, actionable targets by 2025:

The immediate next steps for the ANZPAC program to achieve its 2025 goals is to develop a roadmap for action.

Brooke Donnelly, CEO, Australian Packaging Covenant Organisation (ANZPAC lead organisation) said at the launch in Sydney, “On behalf of the APCO and ANZPAC teams, and our passionate community of founding Members and Supporter Members, it is my absolute pleasure to officially launch the ANZPAC Plastics Pact. We are the 11th Plastics Pact to enter the Ellen MacArthur Foundation’s global Plastics Pact Network, joining a community of more than 550 businesses, policymakers and NGOs united behind the shared vision of a circular economy for plastic, where plastic never becomes waste or pollution. Plastic pollution is one of the most pressing environmental issues facing the planet. By 2040, if we fail to act, the volume of plastic on the market will double, the annual volume of plastic entering the ocean will almost triple, and ocean plastic stocks will quadruple. As Australians, New Zealanders, and Pacific Islanders, we are fortunate to live in one of the most beautiful and diverse regions on earth. It is our responsibility to protect it. We have a big task ahead of us, and organisations across the region, from multi-national and local businesses to community groups and governments, all have a role to play. Together through the ANZPAC community, we can achieve more”.

Christina Shaw, CEO of VESS, took part in the virtual discussion panel at the Sydney launch as well as hosting the Vanuatu event, with funding from WRAP UK. She says, “It is very encouraging that the Pacific Island nations have been given a seat at the table and that their voices are being listened to right from the beginning of this initiative.  Our plastic come from overseas and many of the solutions will be overseas as well, so regional cooperation is critical for countries such as Vanuatu to address this issue. We are looking forward to playing our part in this regional collaboration and hope we will see some tangible action on the ground in the next few months and this initiative lasting into the future.”

If other businesses are interested in join the pact, more information is available on the ANZPAC Plastic Pact website: https://anzpacplasticspact.org.au 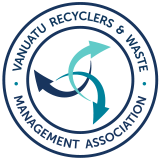 Event to introduce ANZPAC Plastics Pact to businesses in Vanuatu

First export of plastics for recycling in Vanuatu
Scroll to top